A Conversation with Gary Ferguson 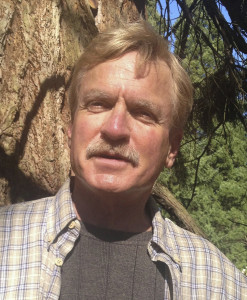 Lots of fans are excited about the reissue of Hawks Rest and Through the Woods. Mark Spragg has said “Among the many pleasures of re-reading Ferguson’s work is finding the prose even more accomplished than remembered, the wit more agile, the observations more relevatory, its stance in the world proved once again so precisely wise. Hawks Rest is a book I’ll return to again and again.” Are there certain books you feel similarly toward, and reread regularly?

How appropriate you mention Mark Spragg, as there’s probably no book I turn to more often than Mark’s wonderful memoir Where Rivers Change Direction. I’d add to that Terry Tempest Williams’ Refuge, Fools Crow by James Welch, and Desert Solitaire by Ed Abbey.

You refer to Yellowstone as “an essential wilderness baseline” for scientists. Are there particular studies going on now of particular importance and interest to you?

With some two hundred research projects going on in Yellowstone every year, the place is a total paradise for science geeks. I follow closely a number of wolf research projects, especially those having to do with wolf-prey relationships, as well as various grizzly bear and wolverine studies. Yellowstone is also one of twenty so-called “eco-climatic domains” across the country that will house special climate tracking stations – part of a thirty-year effort to better understand the effects of climate change across the continent.

As we follow you along on your 140-mile trek to Hawks Rest, we realize you’re a backpacking pro! Do you have any quirky backpacking essentials you bring along? What’s your go-to meal?

Well, I can tell you that having reached my late fifties, I give very serious consideration to pack weight. (Long gone are my days of tossing in cans of Dinty Moore stew and Campbell’s Chunky Soup!) I do a lot of dehydrating at home – chili, soups, lentils. Typically I’ll pour the dehydrated food into a bottle of water when I’m about an hour from camp, and by the time I arrive it’s reconstituted; all that’s left to do is heat and eat.

Whose work would you most like to see reissued and made available to new audiences?

Any of us who love nature stand on the shoulders of giants – writers who helped keep the passion for earth lit across many generations. I’d especially like to see women nature writers get more attention: the letters of 18th Century writer Eliza Lucas Pinckney, Susan Fenimore Cooper (daughter of the novelist James), the letters of Julia Archibald Holmes, as well as the brilliant Mary Austin.

What is the relationship between literature and conservation, in your opinion?

Robert Bly was once asked his definition of adulthood. He said that it comes down to an ability to take the random chaos that flows through everyday life, and invest it with meaning by turning it into story. Literature can be so much more than just a source of inspiration and entertainment. It can also be the spark that helps us begin to release our own greater wisdom. We’re living at a time – this era of human-induced climate change – when we’re being called on to break the frames we’ve built around how we see the world – to dramatically grow our sense of relationship. To achieve, if you will, a more full ecology. The literature of nature can help us imagine such an existence, and by imagining it, begin the journey to experiencing it.

Is there a national park you’ve never been to but would like to/are planning to visit?

I’m sorry to say that I’ve not been to Great Basin yet, and would really love to go. Haleakala National Park, Maui, is also high on my list.

You’ve written about the varied crowd populating the Yellowstone backcountry during its busy season: outfitters, hunters, scout troops, poets, families, loners, all seeking different things in different ways—and sometimes, they clash. Have the backcountry rules and regulations changed much in the past dozen years? What is your park pet peeve?

It’s less a matter of additional regulations, than of the ability to enforce those rules already on the books. This is wild, remote country, and given a terribly underfunded Park Service, those who want to get away with things, often can. As for pet peeves, I’m not so sure I have any of those, so much as a longing: that as the visiting public we come to more fully realize that the creatures we encounter in this park are wild, having retained the increasingly rare possibility of living out their lives to the fullest potential. Approaching those animals too closely for the sake of photographs, or not paying proper heed to species like bison and bears – and this happens constantly in Yellowstone – is hugely disrespectful. And it greatly diminishes the animals we proclaim to love and support.