A Conversation with Melanie Bishop 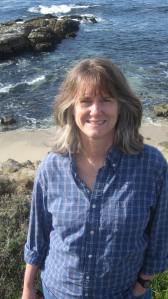 There’s a lot of food in MSCRL. Do you like to cook?
Yes! I remember baking a good bit by age eight. I made certain cakes and cookies so often I memorized the recipes. Fudge Cake. One-Two-Three-Four Cake. Snickerdoodles. Then, when I was just a little older than Tate, someone gave me the cookbook called Beard on Bread and I started experimenting. I bought huge Tupperware containers and filled them with all different kinds of flour. Around the same time, I also became a vegetarian. But I owe my comfort with cooking, being an experimental and intuitive cook, to my mother, Caroline Bishop. She was an amazing cook and a kind, patient, encouraging teacher for her four daughters.

Are you still a vegetarian?
I’m not. Haven’t been for a long time. I avoided meat from about age 20 to 27, though I occasionally slipped. The thing that was hardest for me to resist was my mother’s pork chops. Now I eat absolutely everything and enjoy eating too much to nix anything from my diet.

Why did you give it this title?
I was a huge fan of the TV series, My So-Called Life, starring Claire Danes. Not only did I find it the most authentic show about being an adolescent girl, I just thought it was amazingly well-written, acted, directed, conceived. There wasn’t a lot of good TV, then or now, and this show stood out to me as stunning and moving and I was riveted while it lasted. Of course, it quickly got canceled, because this world apparently does not recognize quality!

The whole notion of “so-called” to me evokes a certain adolescent viewpoint, where so much is skewed by sarcasm and self-doubt. Even one’s own existence might be up for questioning. So-called me. So-called life. That so-called teacher at my so-called school. This so-called job that sucks so bad. FYI. OMG. LOL.

In the case of this book, this title, the notion of “so-called” is seen not so much as sarcastic, but as redemptive. Everyone believes (including me) that a young woman could never possibly recover from the knowledge that her mother was brutally murdered. But Tate’s goal in this novel is to prove so-called everyone WRONG. She plans to pick up the pieces and move forward. She is willing to eventually accept that just because this happened to her, doesn’t mean it has to define her or stick her under its dark shadow for life. She’s uncommon, and she intends to prove this. So the placement of “so-called” suggests that the protagonist in this novel isn’t ruined at all. That, after a bit of understandable thrashing, she thrives.

Are you more like Tate or more like Kale?
I think I’m more like Tate. Sometimes I can be practical and level-headed like Kale is. But I also can flip out for a few minutes or hours or days before I find that balance where I know things will be okay. So that’s more like Tate.

Which talent would you most like to have?
Hmmmm… I think I’d like to be multi-lingual. They say people who are bi-lingual or tri-lingual use a part of their brains that remains dormant in the rest of us, who lazily have only managed to master one language! I wish I spoke at least another language fluently. I speak a tiny bit of Spanish, but I’m even rusty on that.

What is your most marked characteristic?
My loyalty and my ability to listen and offer solace to others.

Do you have a crush on any fictional characters?
I can’t think of any such crushes. But if I was a teenage girl right now, I could certainly see having a crush on Sawyer Madison in My So-Called Ruined Life.  He’s kind, sweet, smart, loyal, funny, talented, accomplished, and just the all-around perfect boyfriend for Tate McCoy. I sure hope Tate doesn’t do anything in Book Two to jeopardize her relationship with him. Sometimes we mess it up with the very guys who are the best for us.

Where would you go for your dream vacation?
In the summer of 2011 I was fortunate to teach a month-long creative writing class in the Cycladic Islands of Greece. The island where I taught was called Paros. But the islands I dream of returning to are Santorini, Delos and Mykonos. I have no doubt I will make it back there, in five years or so. I’m determined.

Tate has a pretty great support system—Kale, Sawyer, Greta—who do you turn to when you’re going through a rough time?
Bottom line, my husband Ted, who I’ve been lucky to be married to for six years now, is always someone I can go to. He’ll give me honest feedback while always being on my team. I also have excellent friends, for whom I’m eternally grateful. It kind of depends on the type of problem I’m faced with, which friend I would call upon, but all of the following are people who have listened, been supportive, and helped me through hardship: Mary, Sarah, Lisa, Bob, Tom, Delisa, Deb, Grace, Laura, Pam and Christy.